It can be difficult to figure out how long your skis should be. As a general guideline start with a height somewhere between your chin and the top of your head. But it is not quite as easy as that, there are many factors that have an impact on ski length. Factors such as ability level, terrain choice, snow conditions as well as ski characteristics like how much rocker a ski will have influence of how we design ski for you.

Length can change the way a ski performs in general terms a shorter ski will feel more nimble and easier to turn at slower speeds but may feel unstable at high speed. Shorter, narrower skis may feel more nimble in bumps and trees but don’t float well in powder and may not feel stable to crud, crust or cut up snow.  But this is not to say that wider skis can’t turn quickly or don’t ski well in the trees or are not able to turn quickly. Generally speaking longer, wider ski can sometimes feel sluggish to turn at slower speeds but may feel more stable at higher skiing speeds. Longer, wider skis will also tend to float better in powder, corn, crust and cut up conditions.

Some other important factors that influence ski length are rocker, camber and running length, all of which are, to some degree, interdependent. Running length is the measurement contact points of the ski if it were placed on a flat surface. Camber is the upward arch of the ski which gives the ski a spring like effect when pressed flat or bent into a de-cambered state. Within a given ski length, a fully cambered ski will will have a longer running length than the same length ski with a rocker tip and or tail. Rocker tip and or tail will significantly shorten the running length of a ski.

As some general rules of thumb size down if you are a beginner or intermediate skier, are designing a fully cambered ski or prefer a quicker shorter turn radius and will be skiing mostly on groomed surfaces. Size your ski up a little if you are designing ski with tip and or tail rocker due to the shorter running length of the ski, if you are an advanced or expert skier, prefer a longer faster turn and will be skiing mostly ungroomed/natural snow terrain. 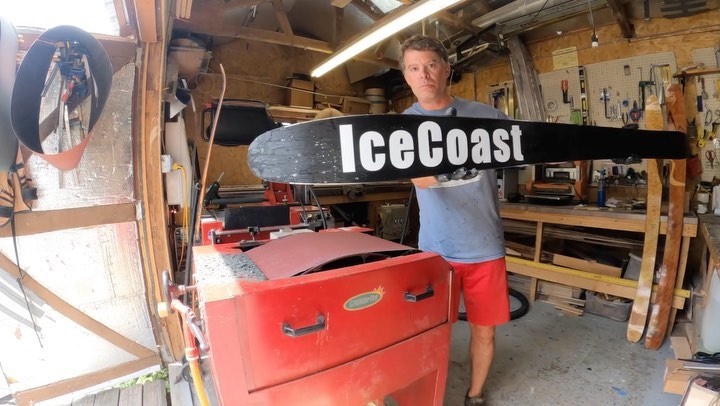 whiteroomcustomskis
•
Follow
On possibly the hottest day of the summer so far I pressed the sixth set of the season. They came out beautifully. This set is a 158cm ski with dimensions of 120/89/107. It features a rocker tip/tail with 4mm of camber. They have a medium-plus flex and weigh 3lbs 12 oz each. The topsheet is black limba with a Japanese ash sunflower upfront and some dyed veneer sunflowers on the tail. #whiteroomskis #sunflower #customskis
View on Instagram |
2/10

whiteroomcustomskis
•
Follow
Finally got back to pressing skis after a small break. This set is so nice. Their owner designed the art which is very cool. This is a fairly big ski 186cm 138/108/123. It features a rocker tip, 5 mm of camber, mini tail flare and a skin notch on a medium plus flex. This ski should handle anything thrown at it without flinching. @patrick.grafton.graham #whiteroomskis #customskis
View on Instagram |
3/10 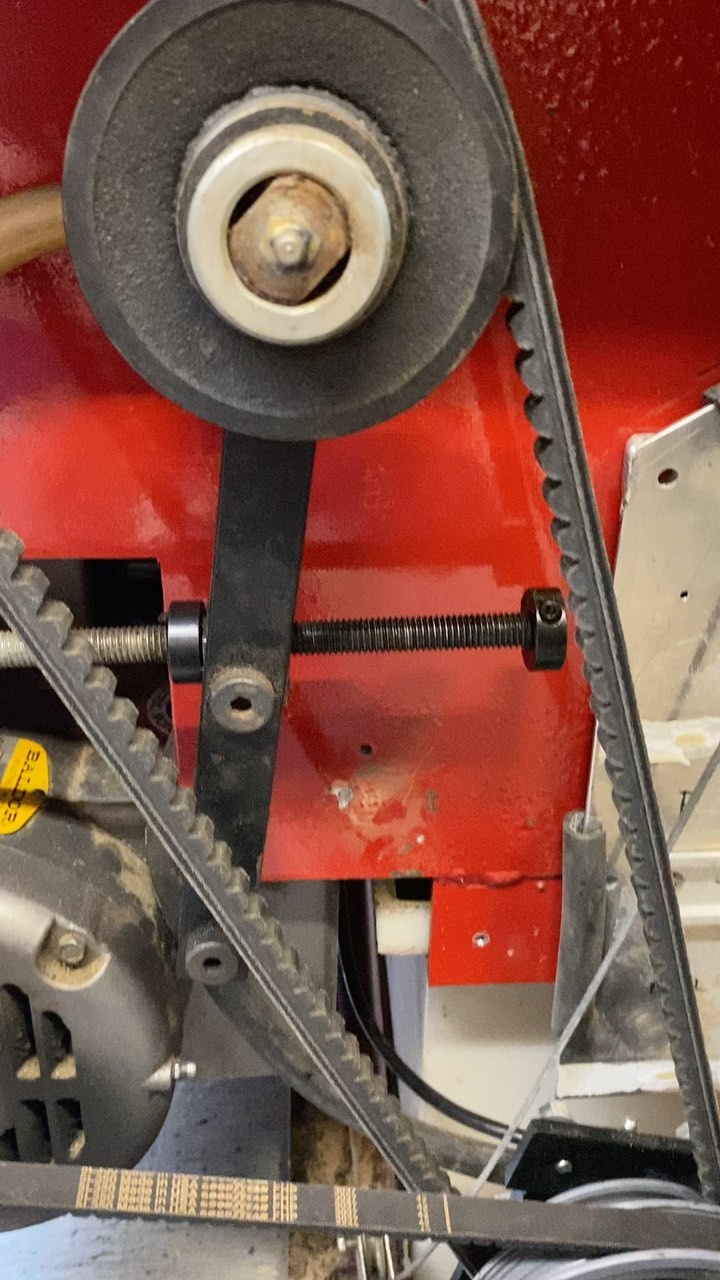 whiteroomcustomskis
•
Follow
Part of the rebuild of my st1600 frankengrinder. #grindrite tuning the stone RPMs #whiteroomskis #someassemblyrequired
View on Instagram |
4/10

whiteroomcustomskis
•
Follow
Pressed a beauty of a pair today. This is the 3rd of the season so far. This pair came out amazing. It features a shark nose tip profile per the customer’s request with a 30 cm rocker, 5 mm of camber and a mini tail rocker plus a skin notch. Dimensions: 178 cm 135/99/120. The flex is a smooth medium to medium plus and weighs 4lbs 6.75 and 4lbs 7.125 oz. That’s 3/8 of an ounce or in metric only 9 grams difference!! They will loose another 1-2 oz during base grinding. The veneers are figured maple with walnut and cherry inlays. The mountain profiles are of @jaypeakresort and @cannonmountain. #whiteroomskis #customskis #vermont #newhampshire #jaypeak #cannonmountain
View on Instagram |
5/10

whiteroomcustomskis
•
Follow
So I finally will have in house base grinding and finishing. There’s still some work to do to get these up and running but getting closer step by step! #grindrite #whiteroomskis #basegrinder
View on Instagram |
6/10 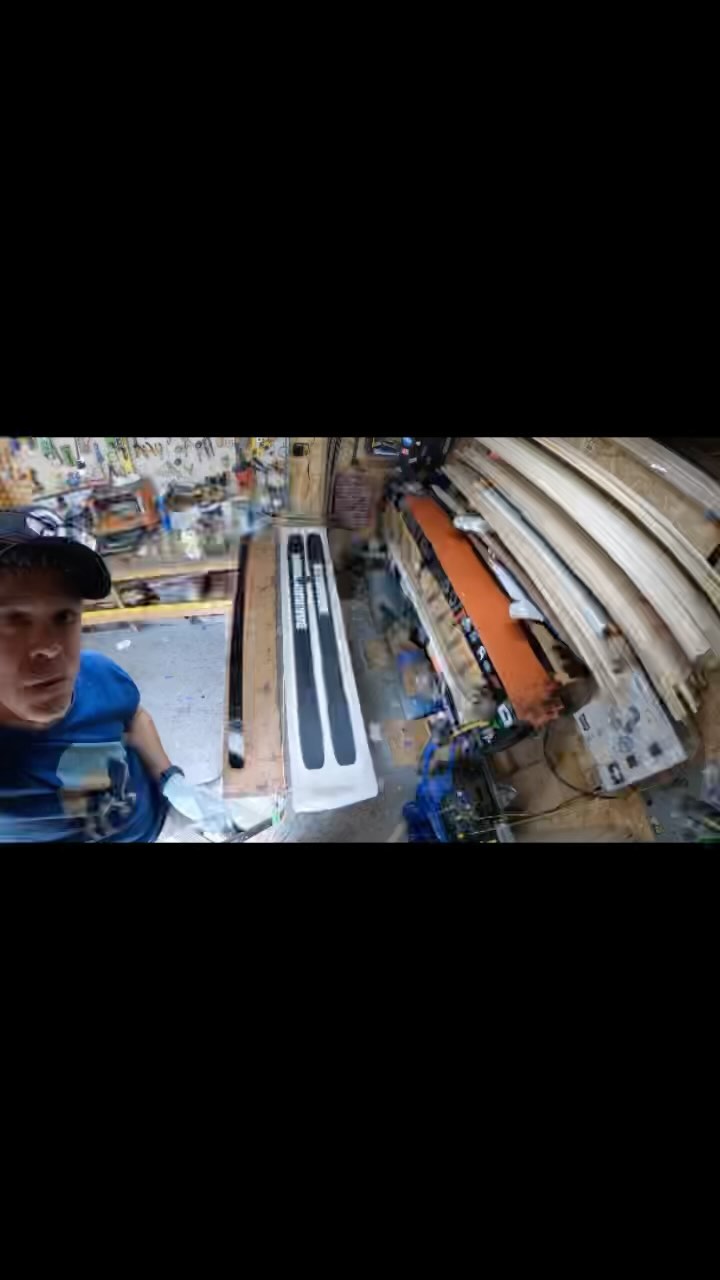 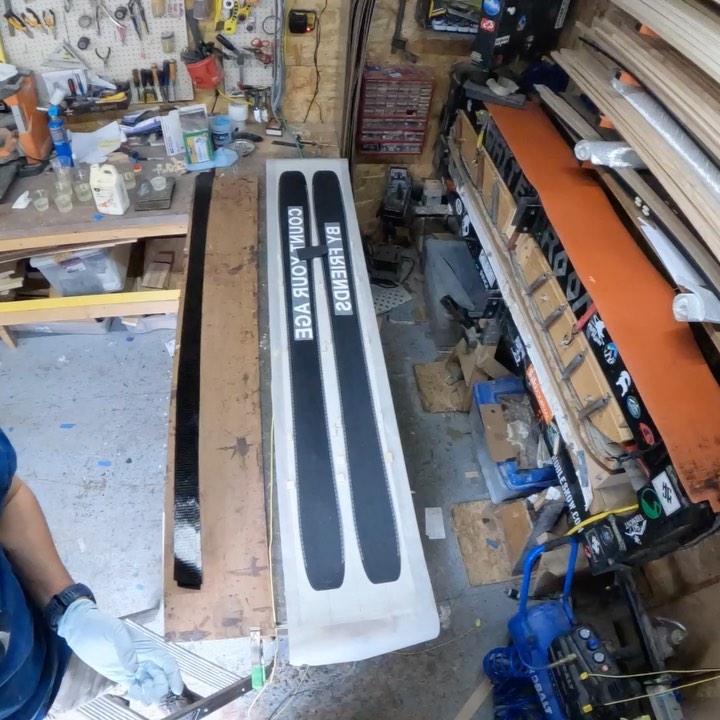 whiteroomcustomskis
•
Follow
Ever wonder what it looks like to layup a set of skis? Here is about 1.5hrs of work compressed to 3.5 min. #whiteroomskis #customskis #skilayup Oh by the way I still have t-shirts in stock…😜
View on Instagram |
8/10

whiteroomcustomskis
•
Follow
What a fun day ripping around @jaypeakresort with my son and our friends @amartin0014 and his son for closing day to our ski season. I still have t-shirts for sale on my website. Check my bio for the link to my store #whiteroomskis #sunandfun #springskiing
View on Instagram |
10/10
View on Instagram