WhiteRoom Skis is very proud to announce that a pair of our skis have yet again been selected to be featured in the 2020 Backcountry Magazine Gear Guide. Last March the testers at Backcountry Magazine got to try out and review nearly 200 pair of skis from ski makers both big and small. From the 200 only about 60 pair ranked high enough to warrant publication in their gear issue. This is now the second time my skis have made the cut for this gear guide.

About a year ago I got the idea that I wanted to branch out in my ski designs. I began thinking about an asymmetrical sidecut design. After drawing up a couple of designs I decided on a mixed camber design of 182 cm with 135/108/123mm for width. The tip has a 30 cm rocker and the tail has 25 cm of rocker. There is 3 mm of camber underfoot. The inside edge has a 21.5 meter radius and the outside edge is 19.5 meters. The overall weight was not terribly light but not terribly heavy either at 4.75 lbs per ski.

I did not actually intend to send this pair to the test I was just looking to build something different. My thought process changed after skiing them on the very first run. I found them to be easy to initiate in almost any turn shape and stable at high speed with a damp feel. They handled tight trees easily with both smeared and carved turns, floated well in powder and were still able to power thru crud. They only real draw back I found was that they were a bit heavier than I’d like on the uphill. This is something I fixed in this year’s version by adding some paulownia to the core which shaved about 1/2 pound per ski. Overall this ski does a lot of things very well, is easy to handle and versatile enough to be be my go to ski for tress, steeps, powder, corn, crud and touring.

Here’s what the tester’s at the gear test had to say. 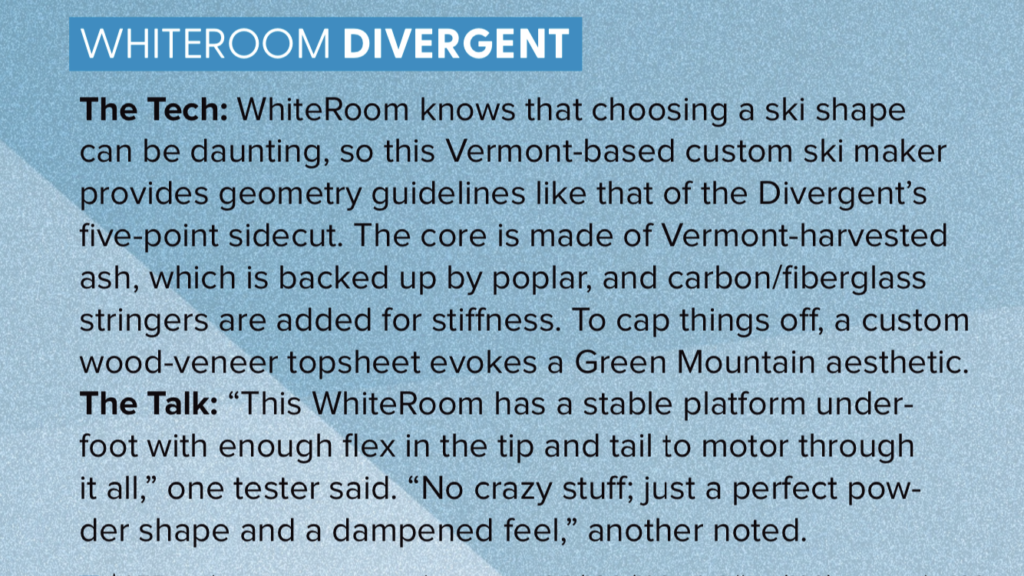 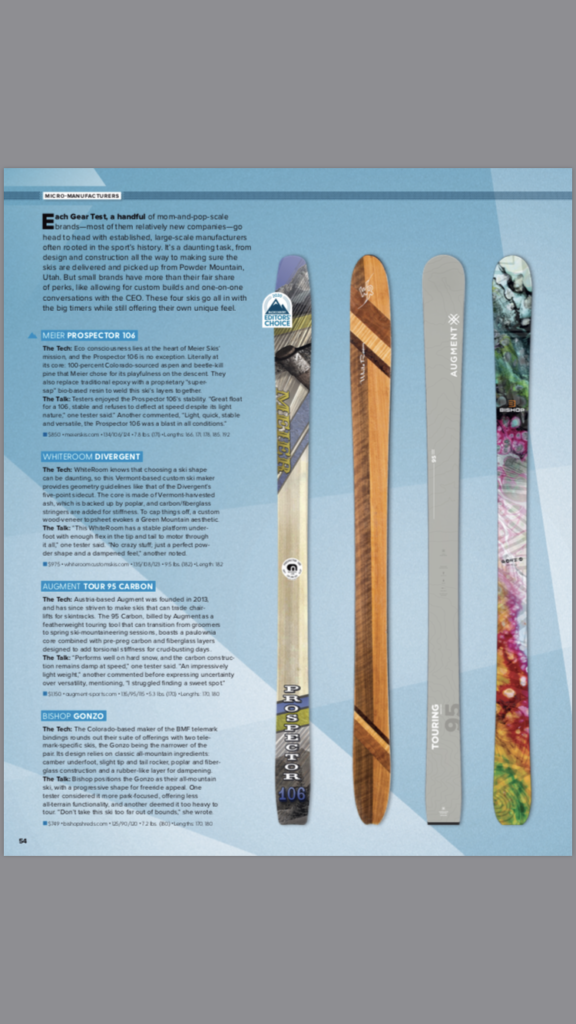 People always comment on how beautiful my skis are, which I take great pride in. But I am even more proud that my skis can compete on a performance level with some of the biggest names in the ski industry.

whiteroomcustomskis
•
Follow
While we wait for Mother Nature and Ullr to get their stuff together and bring the snow to N VT we keep cranking out skis. This pair is 182 cm 132/95/123. Weight before grind is 4lbs 7 oz each. Rocker tip, camber and tail flare, medium plus flex. These should be equally at home on groomers, trees, bumps and moderate powder. #waitingforsnow #customskis #handmadeskis #whiteroomskis #skiing #skis don’t forget that you can win a pair of WhiteRooms, get your tickets at my website!! Link in bio.
View on Instagram |
1/10 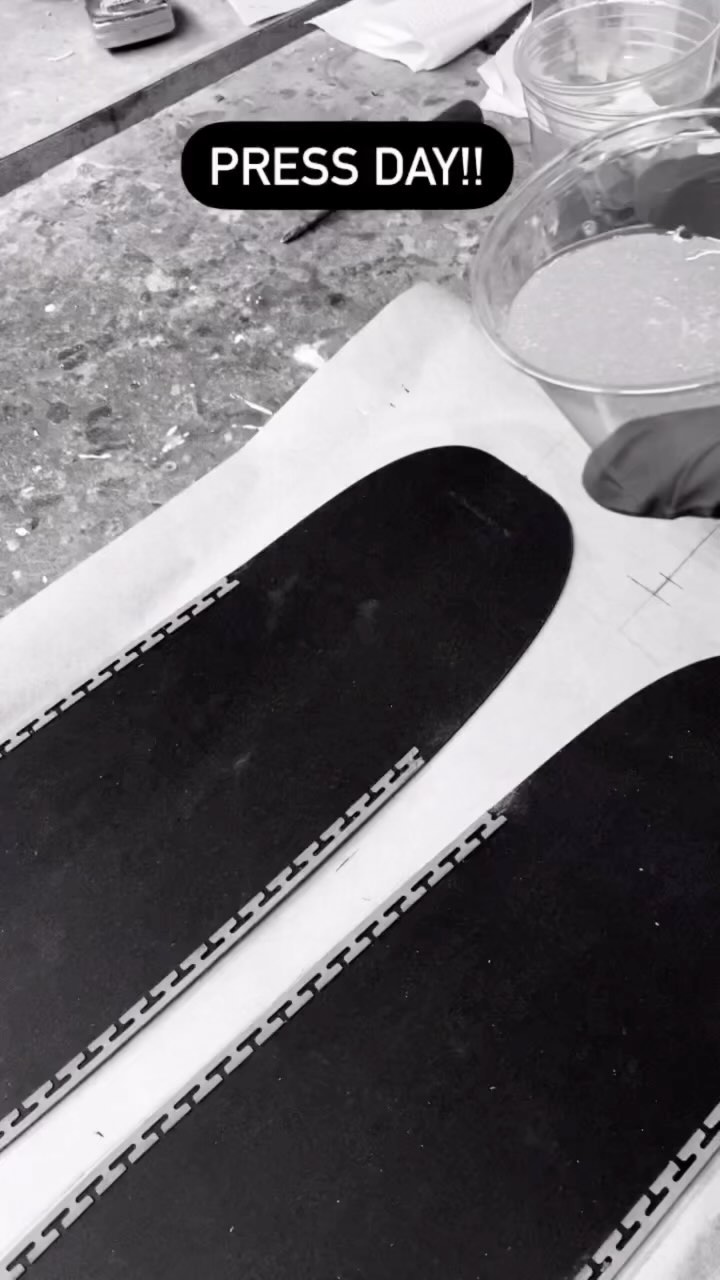 whiteroomcustomskis
•
Follow
Well it’s stick season here in N. Vt, so today I honor that by pressing a sweet set of sticks for one of my very first customers. He told me today his original set is still in the rotation after 9 years!! This specific set is a model I’ve made maybe 6-8 copies of. 180 cm 136/102/123. I made a couple tweaks to it since it will be a resort ski only. I skipped the paulownia and added more ash and poplar. I also added a carbon fiber binding mat. The result is a smooth medium plus flex and a weight of EXACTLY 4 lbs 9 oz per ski ….2090 grams each on the nose!! I’ll go with a 9.8/10 on this set. Visit my website for raffle tickets to win a set of WhiteRooms!! Link in bio. Grab a t-shirt while you are there!! #whiteroomskis #customskis #mountains #snowflakes #madeinvermont #handmadeskis #skis #skiing #stickseason
View on Instagram |
3/10 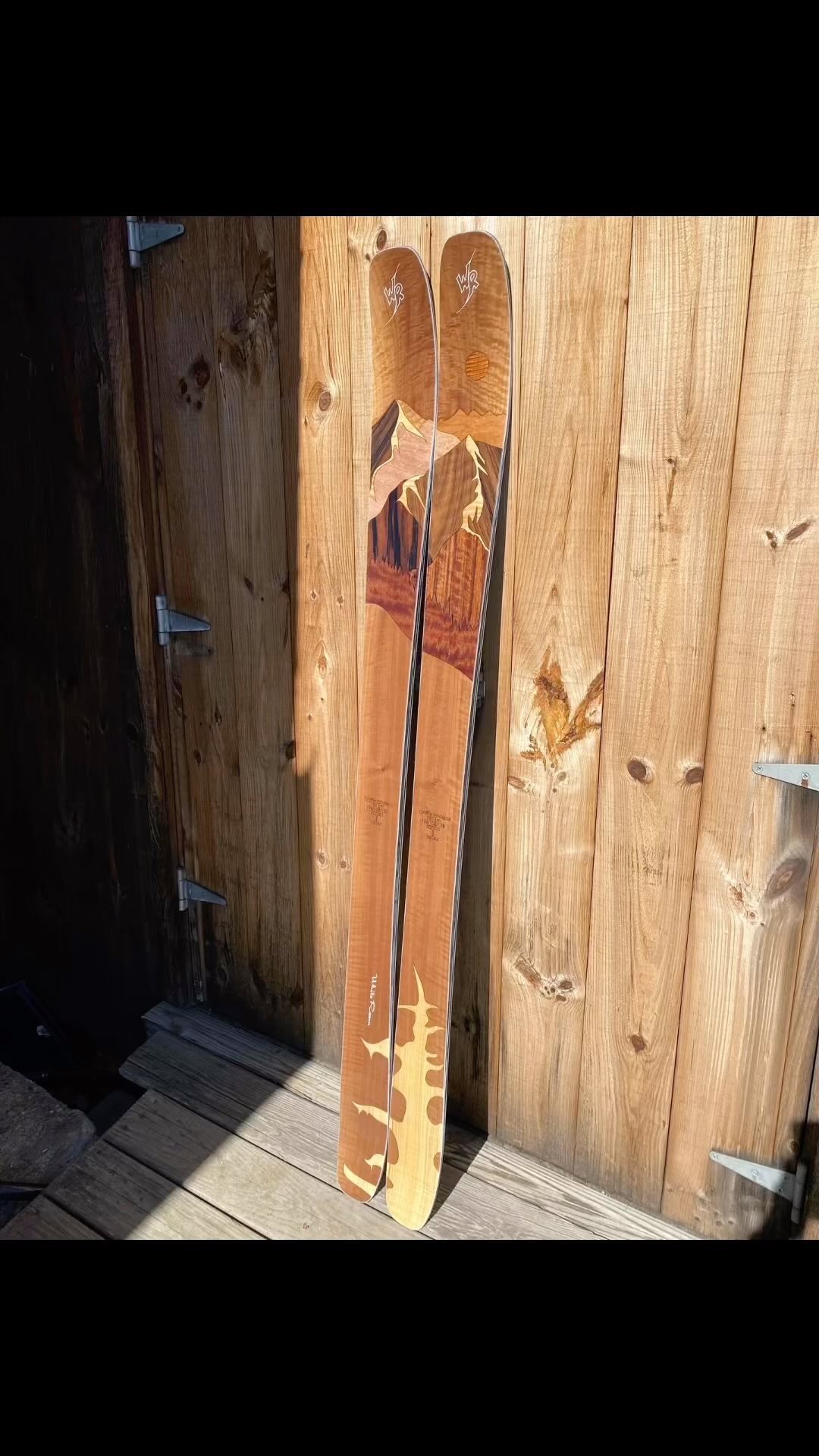 whiteroomcustomskis
•
Follow
2022 build season so far. Don’t forget to head to my website to get your ticket to win a set of 2023 season WhiteRooms. Pick up a WRS t-shirt while you are there! #customskis #handmadeskis #madeinvermont
View on Instagram |
4/10 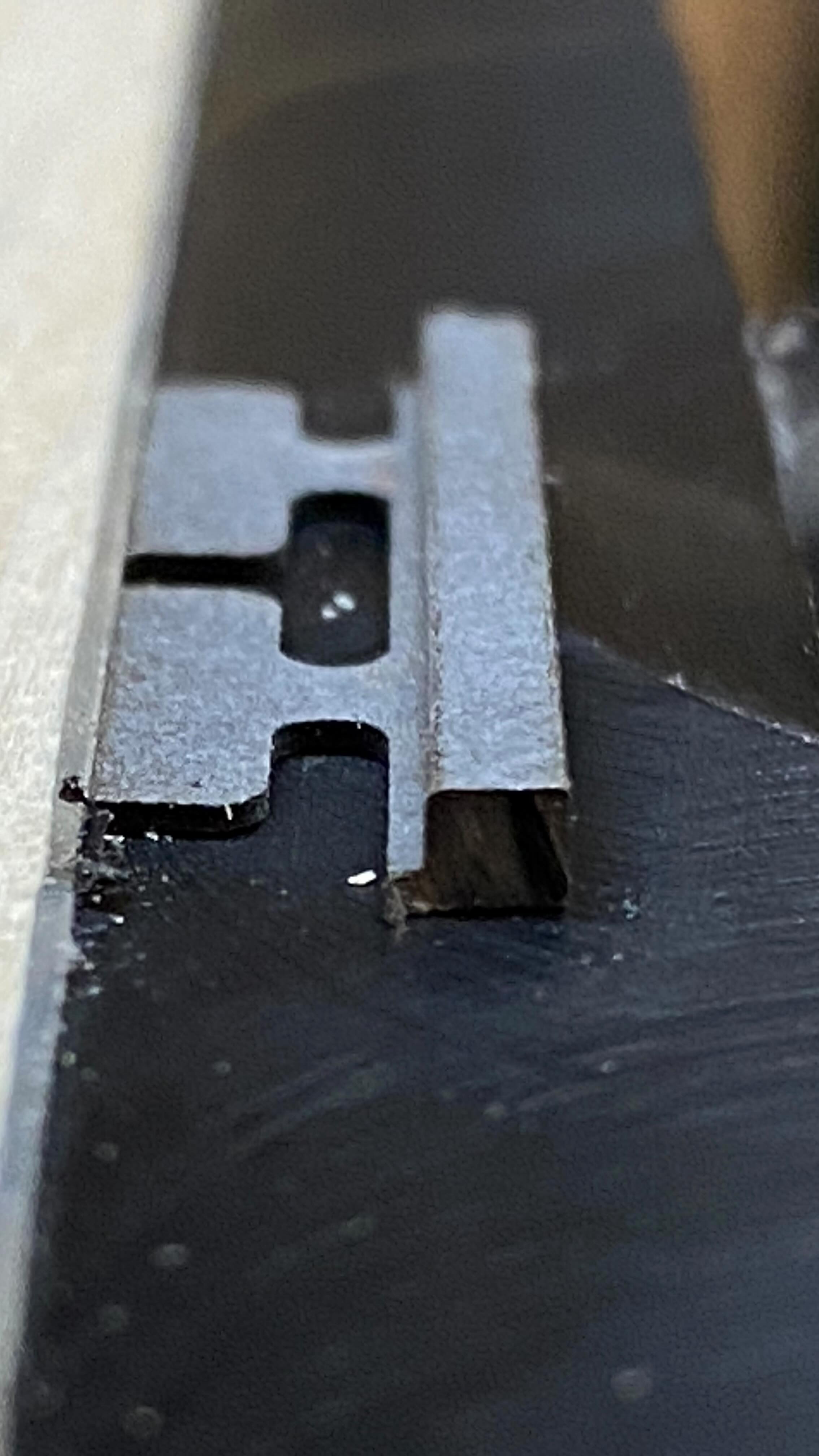 whiteroomcustomskis
•
Follow
Finial steps in core prep. Sidewall recess and abrasion. The recess accounts for the thickness of the edge teeth for a flatter base right out of the press and the abrasion increases the surface area of the surface so the epoxy has more to stick to. Both are vital steps for a quality product. #whiteroomskis #customskis #handmadeskis #sidewalls #skis
View on Instagram |
5/10 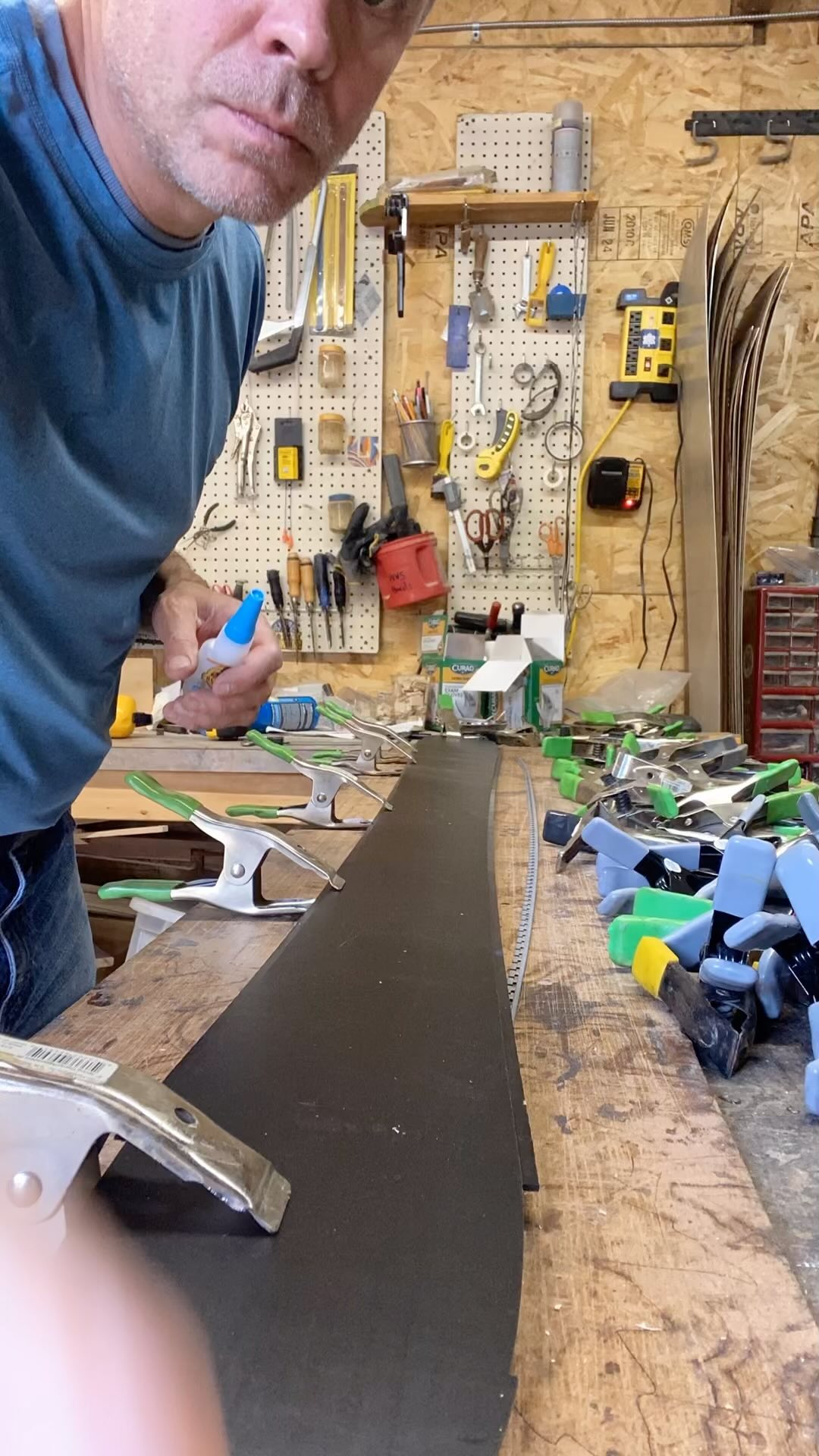 whiteroomcustomskis
•
Follow
Another Thursday….another pair of custom skis!! This one is a 185cm ski with dimensions of 136/100/102 which makes the radius just a shade over 17 meters. The weight is impressive at 4lbs 8 1/4 and 4lbs 8 3/8 each. A mere 4grams difference in weight after the base grind. The flex is a smooth and even, medium plus. All in all this ski gets a 9.9/10 for me. I’m really pleased with almost every detail about this set. #customskis #whiteroomskis #madeinvermont #vermontermade #tigermaple #autumleaves #chairlift remember to get your raffle tickets for a chance to win a pair of WhiteRooms. See the link in my bio. I also have t-shirts up for sale in my web store.
View on Instagram |
7/10 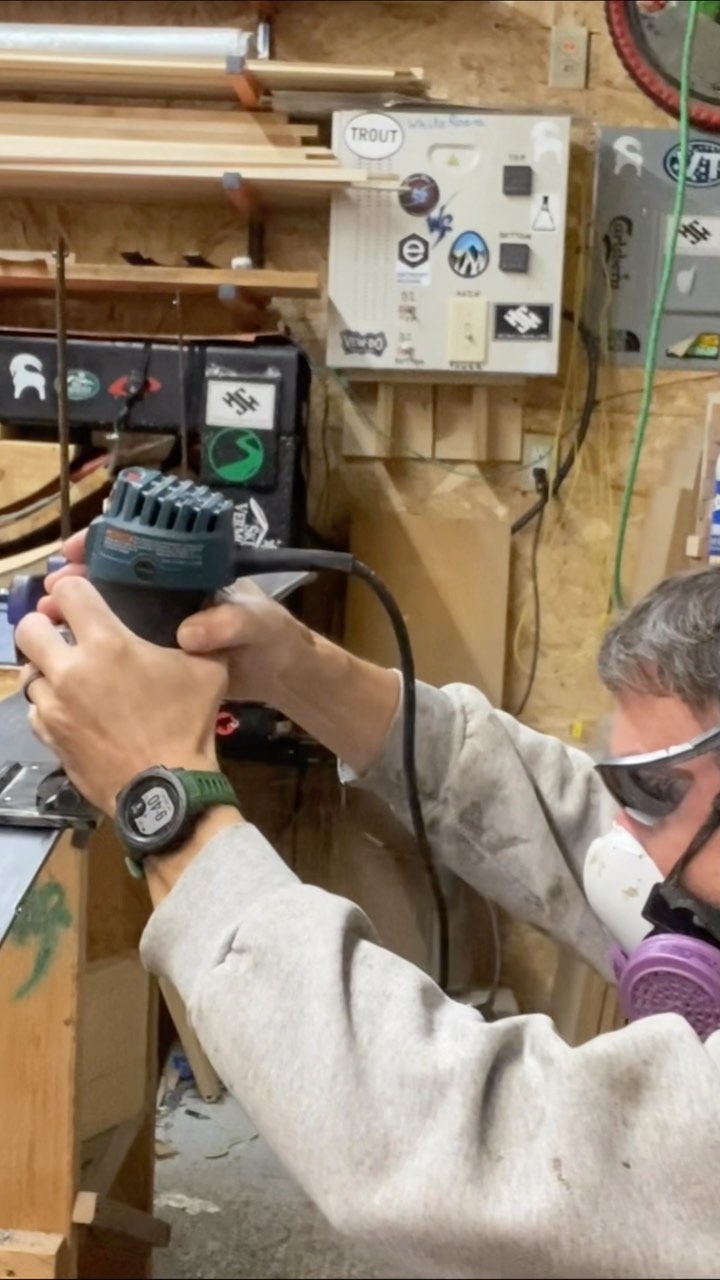 whiteroomcustomskis
•
Follow
I pressed this set a few days ago and ran out of time in the shop. I finished them up today and wow!! Rocker tip, 4 mm camber, small tail flare 175 cm 134/102/121. Medium plus flex and only 4 lbs 2.75 oz each!! These will fly uphill and absolutely crush anything on the down. #floatlikeabutterflystinglikeabee #whiteroomskis #customskis #madeinvermont #handcraftedskis be sure to check out my website for raffle tickets to win a pair of WhiteRooms and while you are there grab a t-shirt!!
View on Instagram |
9/10 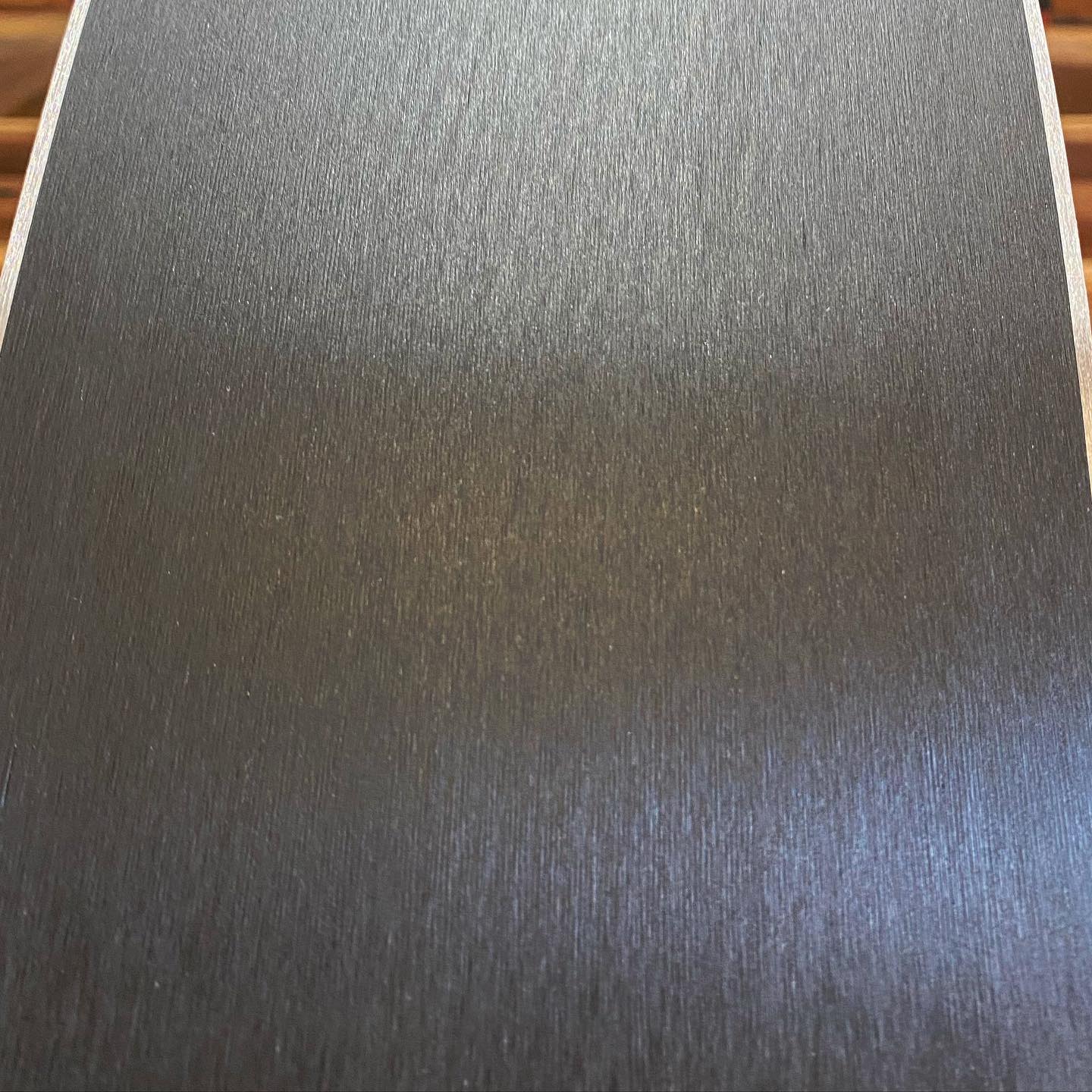 whiteroomcustomskis
•
Follow
Base structure. I love using my own equipment to flatten and structure my finished product. It’s so satisfying to see everything come together and look so nice as a finished ski! #whiteroomskis #basegrind #basestructure #flat be sure to get your raffle tickets for a chance at a pair of WhiteRooms. See me website for details!! Link in bio
View on Instagram |
10/10
View on Instagram